Once Upon A Time

I was born in Saigon, Vietnam. Being very shy, I spent much of my childhood hiding away upstairs painting, instead of playing with other children. My first brush with success was a Best of Show prize at the 1974 children's exhibition in Saigon sponsored by UNICEF. In 1975 Saigon fell and in the resulting confusion, I was separated from my parents. I ended up in a refugee camp near Hong Kong for a year prior to immigrating to the United States as an orphan. After one very snowy and cold winter in Pennsylvania, I went to Los Angeles to stay with some relatives.             After getting my art degree, I have since settled down to pursue my art career in Los Angeles,  later Seattle and finally Hawaii. I am inspired by Chinese ancient paintings and Eastern European Iconography, which I have combined with my love of traditional Asian clothing to create this body of work. 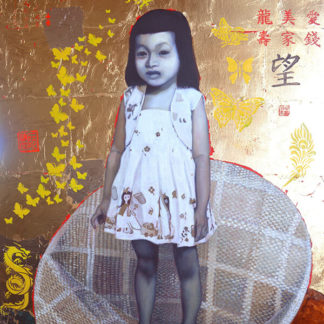