The Heracles of Farnese Clothed

This is a drawing modeled after the Farnese Hercules, a famous statue of antiquity, depicting Hercules after he had slain the Nemean Lion during his Twelve Labors. I consider this one of my better digital pieces. I added a loincloth to Hercules for modesty, as to not offend anyone, as I am modest. 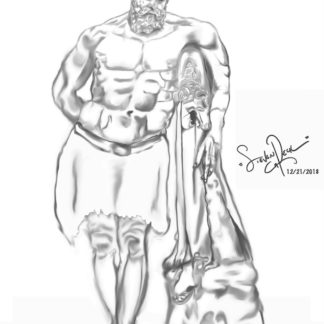 You're viewing: The Heracles of Farnese Clothed $75.00
Inquire About Purchase