Richard (Dick) Crumb grew up in southern Minnesotaon on a century farm which had been owned by his family for over 100 years. Dick was severely injured in a car accident over forty years ago and has been propelling himself via a wheelchair ever since. Dick loves to travel and as part of his travel experiences, he enjoys capturing some of the delightful scenes of God’s wondrous creation through his camera lens. Dick’s rural upbringing often expresses itself in the pastoral scenes he captures with his trusty camera. Dick’s disability allows him to perhaps see things slightly differently through his camera lens, with an eye towards the freedom nature suggests, rather than the physical limitations that Dick bears with every day.

Artwork featured in online gallery only. 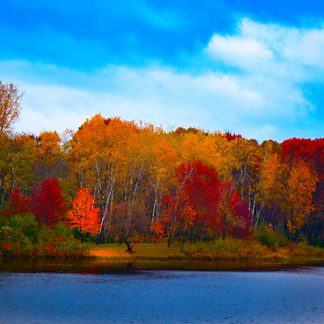