Randy Benowitz, has been a painter since high school. She later became a jewelry designer. In 2012, Randy had two strokes that left her with executive brain loss and right-side body deficits. She says photography has opened her mind to stability, structure, and visual awareness. She shoots year-round to be present with the serenity of nature. Her right eye does not see depth of field, and she compensates by controlling light situations and using aperture and other settings to shoot interesting photos. 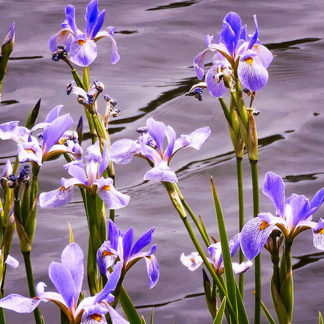