"I Paint Because I Want To Exist!" After being amazed by how much blind people could do while being trained at the Salt Lake City blind Center during the year 2000, Vojko (Voyko) Rizvanovic decided to pursue a career in art. Although he has been diagnosed with severe bilateral optic atrophy and has permanently lost most of his vision, Voyko Rizvanovic earned his BFA in teaching art in 2005 and later his MFA, both from the University of Utah. His work first portrayed images of people like himself with canes and guide dogs. This called for inclusion in a two man show in 2005, where he showcased his paintings of people with varying types of physical disabilities. Voyko draws inspiration from his own life’s trials and experiences. Throughout the years he has exhibited his work in many local and international juried shows, and has received numerous awards. 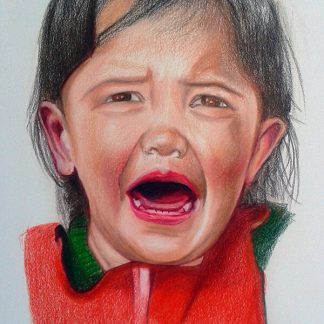