At the age of three, Malcolm was diagnosed with autism. At about the same time, he began to draw the sketches from the TV show, Blues Clues and he enjoyed recreating Dr. Seuss’s illustrations often from memory. Malcolm has found recent success having his sketches being featured in publications and art websites. He has shown his work in art shows and solo art exhibits around the country. In 2019, his oil painting was chosen by The Kennedy Center’s VSA program. 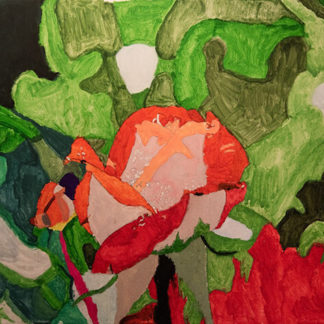 You're viewing: Rose $300.00
Inquire About Purchase